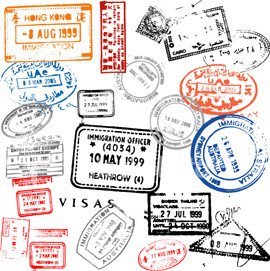 The sage of the current age, Wikipedia, defines the term “nonmaleficence” — from the Latin primum non nocere — as a principle of medical ethics, one that in my view is equally applicable to the immigration sphere.  The princple holds that “given an existing problem, it may be better not to do something, or even to do nothing, than to risk causing more harm than good.” Nonmaleficence comes to mind with the recurrence of an old controversy (largely out of public view) which, if its proponents win the day, could badly batter America’s economy at a time when too many of our citizens are still reeling from the crash of 2008.

They are not characters in search of an author, like the “lost souls in the Pirandello play.” No, the members of this motley crew are all categorized as “business visitors” under U.S. immigration regulations and State Department guidance. Together with tourists, these soujourners from abroad comprise the “B” visitor visa category, and are also admitted as entrants to the U.S. with the designations “WB” (Waiver Business) and “WT” (Waiver Tourist) under the Visa Waiver Permanent Program.

In the 21st Century’s first decade, however, visa hassles, security screens, faraway locations for consular interviews and other government-induced frustrations, have dissuaded legions of foreign visitors from coming to the U.S. and thus caused the loss to our economy of more than a half trillion dollars and 441,000 jobs, according to a Feb. 2010 report by Oxford Economics and the U.S. Travel Association (“The Lost Decade: The High Costs of America’s Failure to Compete for International Travel“). The problem continues in the second decade, as recent cyberspace postings (here, here, and here) attest.

Now Sen. Charles Grassley, a legislator on a vendetta to restrict legal immigration, has taken a swipe at a highly useful subcategory of business visitor, known in the arcane argot of immigration as the “B-1 in lieu of H-1” (“BiloH,” for short).   In a letter to Secretaries Clinton and Napolitano (of State and Homeland Security, respectively), Sen. Grassley insists that the BiloH be eliminated as a lawful means of entry to the United States.  To understand his gripe, readers should first consider the longstanding interpretation of the BiloH here originating from the legacy agency, Immigration and Naturalization Service (INS), or this helpful explanation from the U.S. Embassy (Mumbai):

Any person holding a B1 or B1/B2 visa may be eligible to perform H-1B work in the United States as long as they fulfill the following criteria:

* Hold the equivalent of a U.S. bachelor’s degree

* Will be paid only by their foreign employer, except reimbursement of incidental travel costs such as housing and per diem. The employee must not receive any salary from a U.S. source.

* The task can be accomplished in a short period of time.

Sen. Grassley voices concern, based on unproven allegations yet to be litigated, that the BiloH is being “abused” by multinationals to circumvent “the annual caps and prevailing wage requirements of the H-1B visa program” while “defy[ing] the intent of Congress.”

For newcomers to immigration, the labor protections of the H-1B visa category to which the Senator refers were first introduced with the enactment of the Immigration Act of 1990 (IMMACT) — a law that made no change to the visitor classifications or to the preexisting BiloH subcategory. As readers of this blog know, the H-1B category for workers in specialty occupations holding at least a bachelor’s degree or the equivalent involves a convuluted process that only a bureacrat or pol could love.  In the years since 1990, the annual H-1B numerical quota has run out early several times, and businesses had to give up on otherwise lucrative projects because qualified workers with the needed education and skills could not be found domestically or imported until the next year’s quota allotment.

In 1993, however, INS and the State Department tried to eliminate the BiloH and impose added restrictions on visitor visas, 58 Fed. Reg. 58982 (proposed November 5, 1993), 58 Fed. Reg. 40024 (proposed July 26, 1993).  Their proposals faced a storm of opposition and were never finalized.  Those opposed to eliminating the BiloH challenged the agencies’ assertion, now resurrected by Sen. Grassley, that in passing new requirements on the H-1B in IMMACT, Congress must have intended (albeit silently) to eliminate the BiloH.

Opponents, including this blogger, argued at the time that Congress must have wanted the BiloH to continue in use.  We maintained that the BiloH acts as a safety valve in situations where there is no U.S. job of an enduring nature to fill — just a short term project that will go away before long.  This is in keeping with the agencies’ view of the business visitor classification as a temporary “catch-all” category covering a wide array of commercial activities that are no threat to U.S. workers.

As even the most confirmed Luddite would be forced to admit, globalization has transformed the U.S. economy since 1993.  Thus, the importance of facilitating the entry of business visitors is even more important today than in decades past.  Regrettably, however, the State Department has responded to Sen. Grassley by rolling over.  Joseph E. Macmanus, State’s Acting Assistant Secretary for Legislative Affairs, in a letter, replied that State is working with the Department of Homeland Security (DHS) to “remove . . . or substantially modify . . . [the BiloH],” but this “may require Federal Register notice.”

No kidding that Federal Register notice would be required.  But not just notice; how about an opportunity to comment, as well?  We’ve seen this pattern all too often before.  Sen. Grassley complains about a perceived abuse and the agencies cower in fear and obsequiousness — without regard to the facts, or the legal merits of his asserted concern. If State and DHS can’t stand the heat then perhaps a cabinet-level Department with a mandate to espouse immigration and thereby promote our economic interests should utter the nonmaleficence principle in plain English:  “If it ain’t broke, don’t fix it.”